How to use hemp oil?

How to use hemp oil?

The popularity of medical marijuana is soaring, among the many products consumers seek, hemp oil is the most popular type, referred to as CBD oil. A lot of marketing materials, blogs, and anecdotes all claim that hemp oil can cure any disease, even cancer. But the limited research does not suggest that cannabis oil should replace traditional drug treatment, except in two very rare epilepsy (even if it is only recommended as the last treatment). In addition, experts warn that because cannabis oil and other cannabis products are not subject to regulatory or safety testing by the government or any third-party agency, it is difficult for consumers to know exactly what they are getting. 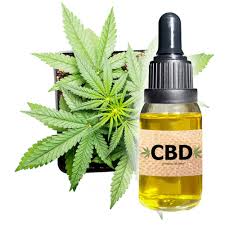 Simply put, hemp oil is a concentrated liquid extract of cannabis plants. Similar to other herbal extracts, the chemical composition of cannabis oil varies depending on how the extract is made and the chemical composition of the plant at the beginning. Cannabis plants produce thousands of compounds, but the most widely known is cannabinoids. There are several types of cannabinoids, but the two most well-known among consumers are THC (tetrahydrocannabinol) and CBD. Tetrahydrocannabinol is the most important psychoactive compound in cannabis. When people want a product that gives them a "pleasure", they are looking for it.

The physiological effects of cannabinoids vary from person to person and also depend on how they are consumed. This lack of predictability is one of the reasons why cannabis oil has become a challenging drug candidate for development. Two people may eat a piece of brownie (made of hemp oil), one may absorb a lot of cannabinoids, and the other may not.

It is claimed that cannabis oil can be used to treat a variety of diseases, although evidence supporting these claims is often lacking. For example, according to medical news, people use cannabis oil to treat various diseases ranging from pain to acne; some even claim that this oil can treat diseases such as Alzheimer's disease and cancer (but there is no clinical evidence to support these claims). A review article published in Frontiers in Pharmacology in 2017 describes how the CBD protects the hippocampus under stress – the hippocampus is part of the brain's important functions of learning, memory, and navigation. - and may help prevent brain-cell damage caused by schizophrenia.

Cancer - one of the most feared diseases in the world. According to the World Health Organization, one in every six deaths is due to cancer deaths. In 2015, 8.8 million people worldwide died of cancer. Perhaps fortunately, 3.26 million cancer patients have lived for five years or more.

This also leaves cancer patients with the hope to find more effective and natural treatments. Search for cancer prescriptions, with 2.17 million search results, and a cancer patient around them has dozens of remedies.

In foreign countries, many people have put "anti-cancer remedies" on the medical hemp oil, although there is no definitive human experiment to prove that cannabis oil or other marijuana treatment can cure cancer, animal experiments and folks about cannabis oil against cancer Rumors have made people look forward to the magical power of this plant.