How many types of gloves are there?

How many types of gloves are there?

The purpose of using gloves is to avoid contamination of hands with stolen goods or microorganisms, to prevent the spread of microorganisms already present on the skin or hands, to avoid damage by chemical substances or to reduce injuries caused by sharps. As we all know, medical staff will use different gloves in different places and opportunities. What are the classifications of medical gloves?

According to the material of the gloves, it is divided into latex gloves, nitrile gloves, polyethylene (PE) gloves, and polyvinyl chloride (PVC) gloves. 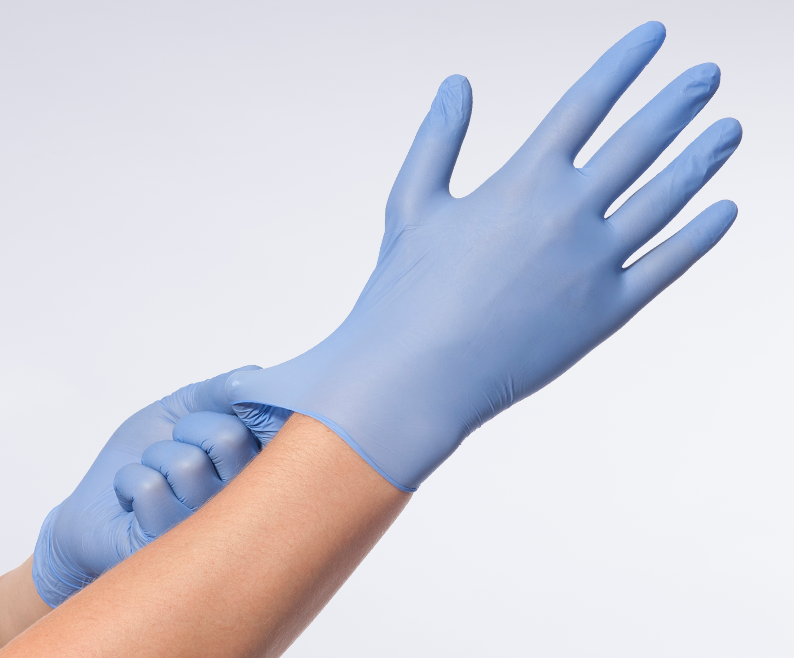 It is the most ideal substitute for latex gloves. It is highly suitable for the skin of the hand and has super comfort. It is suitable for non-sterile operations with high-risk contact with blood or body fluids; involving the operation of sharps, handling cytotoxic substances, and disinfectants. According to the nature of work, it can be divided into sterilized gloves and non-sterile gloves, and non-sterile gloves are divided into cleaning inspection gloves and housekeeping gloves.

clean non-sterile, one-time use. It is used to directly or indirectly contact the patient's blood, body fluids, secretions, excreta, and objects contaminated by body fluids.

clean and reusable. Mainly used for cleaning the surface of the environment without using direct contact with the human body.

When it comes to gloves, health experts say there's a step everyone should follow first. You don't hear us talking much about wearing gloves and recommending people wear gloves out in public because what folks should mainly do is wash their hands frequently. Wash your hands when you come home from a place. Wash your hands when you're out someplace. If you do take the extra precaution and wear gloves, be sure to take them off properly to avoid exposure.

If you wore them, the trick to taking them off is to roughly peel them off so that they're inside out. Since the pandemic began many people started wearing gloves while going to grocery stores and essential businesses. But with that comes the improper disposal many people are seeing in parking lots and neighborhoods.

Right now the CDC is not recommending wearing gloves for everyday use but if you are going to be wearing for extra precaution when going to the store, the proper way to take them off according to the CDC is the glove-in-glove method like so. The ones picking up these used gloves after people are usually grocery store and sanitation workers.  it’s also a health hazard. You could be charged with littering and with this coronavirus going around you don’t know what’s on those gloves. It’s not worth the chance of a child seeing it in the parking lot, picking it up, and exposing themselves to it.

The key is to not touch the outside of the glove that might’ve just been in contact with contaminates. Gloves need to be disposed of in a trash can and the CDC recommends washing your hands after using them.